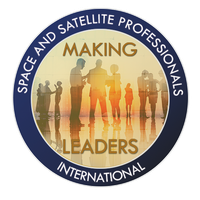 In this Making Leaders interview, retired US Naval mathematician  Dr. Gladys West, a pioneering contributor to the creation of the GPS system, and the first African-American inductee to the Space & Satellite Hall of Fame in 2021 joins SSPI Executive Director Robert Bell to explore her journey from "hidden figure" to "Hall of Fame. Her story is finally being told as the industry celebrates her legacy and gleans from her what it means to be a trailblazing leader. 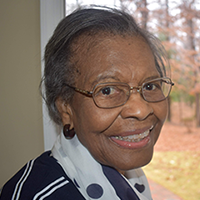 Dr. Gladys B. West served as a mathematician at the Naval Proving Ground (now the Naval Surface Warfare Center) in Dahlgren, VA for forty-two years before her retirement in 1998. During her long career, she led a multi-year project that created a mathematical model of unprecedented accuracy of the shape of Earth, which proved to be a critical building block in the development of Global Positioning by Satellite.

In 1956, she became the second-ever black woman hired to work at the Naval Proving Ground in Dahlgren, VA. She initially served as a programmer in the Naval Surface Warfare Center Dahlgren Division for large-scale computers and also as project manager for data-processing systems used in the analysis of satellite data. During this time, she also earned her second Masters degree from the University of Oklahoma, this time in Public Administration. In the early 1960s, Dr. West worked on an award-winning astronomical study that demonstrated the regularity of Pluto’s motion relative to Neptune. Her work on the astronomical study led Dr. West to begin analyzing data from satellites to put together altimeter-based models of Earth's shape. Based on this work, her supervisor recommended her for the position of project manager for the Seasat radar altimetry project, using the first satellite that could remotely sense oceans. Read more about Dr. West.