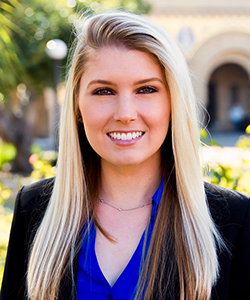 In this Making Leaders interview, we hear from Brittany Zajic, Business Development and Disaster Response Operations Lead at Planet Labs Inc. Brittany is a natural disaster research scientist turned businesswoman. She brings 6 years of geospatial industry experience to Planet, working across both public and private sectors, including several years in the Earth Science Division at NASA. In her current role at Planet, she manages the Disaster Data Program, providing first responders access to Planet imagery in the event of large disaster events to accelerate humanitarian and disaster response. As a member of the business development team, she is also responsible for the development of key partnerships and research of new markets that will help the company achieve target objectives.

Since joining the company, Brittany has built Planet’s Disaster Response Program from the ground up nearly single handedly. She has consistently made the most of startup resources to create a highly successful program and in only three years’ time. Brittany was a member of SSPI's 20 Under 35 in 2020 and received a Promise Award in that same year. Learn more about Brittany.

With Additional Support from the 2020 Promise Awards Ceremony Sponsor