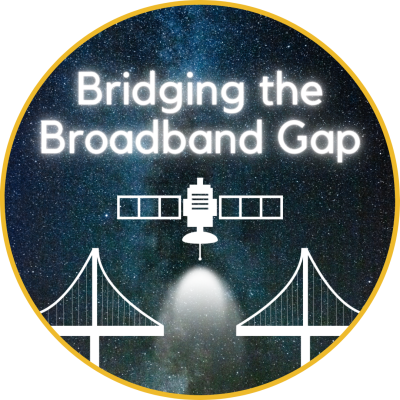 In this Better Satellite World podcast series, part of the Bridging the Broadband Gap campaign, we explore the expanding role of satellite broadband in the Enterprise and Humanitarian sectors. SSPI will speak with companies that are delivering fast, secure affordable Internet to businesses and institutions; schools and villages. These companies lead the changes that have established new orbits and new delivery models. The race is on to reduce the cost of service to levels never seen before so that the “middle of nowhere” will become no more!

Broadband connectivity is only the foot of the bridge built by satellite networks. In a world shaken and stirred in ways unimaginable, connectivity has been revealed as THE primary economic enabler and the glue to a connected economy and the corporate enterprise. The “hybrid” workforce and the rise of video and massive uses of data among even the smallest companies has made enterprise broadband increasingly essential.

So where are the gaps and the opportunities within this sector? What changes have taken place within the company that pioneered and made consumable online access?

In this first episode of the Bridging the Broadband Gap podcast series, we take a look at the universe that Hughes created for the current and future enterprise.  We speak to executives who discuss the global trends in satellite broadband, the strategy going forward and how broadband is shaping the world’s most dynamic economy: that of the United States. 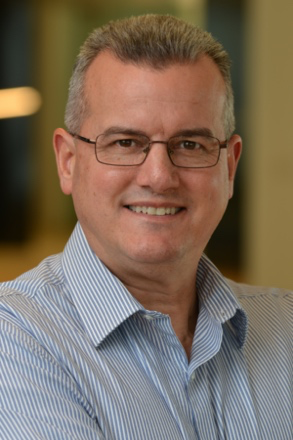 Randy Anders, Vice President of North American Sales at Hughes, leads the team responsible for the company’s enterprise sales in the U.S and Canada. In his role, Mr. Anders heads sales of the HughesON™ suite of managed services, including managed SD-WAN, as well as satellite solutions using high-throughput capacity from the Hughes JUPITER™ fleet, EchoStar fleet and OneWeb low Earth orbit satellites, to enterprises, franchisers, resellers and aeronautical service providers.

Over his 20+ year career in the satellite industry, Mr. Anders has assumed increasingly senior sales positions, working at both operator and service provider companies. Prior to joining Hughes, Mr. Anders was Vice President of Sales at Intelsat, responsible for Media, Mobility and Broadband Sales.

Mr. Anders served in the United States Marine Corps from 1984 to 1990 and holds a Bachelor of Science Degree in Business and a Master of Business Administration degree from Mount Saint Mary’s University.

A satellite communications and IT professional with more than 25 years of experience, Mr. Magow has held positions of increasing responsibility in sales, product development, marketing and program management over the course of his career. Prior to joining Hughes in his regional role, Mr. Magow focused on the Indian satellite market at Hughes Communications India, Ltd. (Hughes India).

Mr. Magow obtained a Bachelor of Engineering degree in Computer Science from the University of Pune in Pune, Maharashtra, India. He speaks frequently at regional industry conferences and panels.

Bridging the Broadband Gap is underwritten by

Episode 2: The Joy of Connecting the World

Hellas Sat is in a unique position to eliminate the digital divide in many areas around the world. The company received an award from the International Telcommunication Union (ITU) in 2022 and a Better Satellite World Award from SSPI in 2021 for enabling broadband connectivity to 127 public clinics and hospitals in Zimbabwe and for its efficient collection and distribution of health data to policy makers. Hellas Sat is making a difference, and it does so with a genuine passion for making the world a better place through satellite.

In this second episode of the Bridging the Broadband Gap podcast series, we hear from Ken Karantonis, Space Programs Manager at Hellas Sat, who has been with the company for nearly 20 years. Ken tells us a bit about the company’s approach to closing the digital divide in places that have particularly suffered due to lack of connectivity and how Hellas Sat makes such goals financially feasible to pursue. 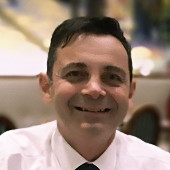 Kendeas Karantonis is Space Programs Manager at Hellas Sat, a position he has held for over 7 years. In his current role, he is responsible for managing business development and technical feasibility for the company’s new satellite program. Ken also manages the company’s ESA and EU research and innovation strategic programs dedicated to space and ground systems development. He managed the Hellas Sat 4 program end-to-end, from initiation all the way through launch and in-orbit commissioning phases. Before becoming Space Programs Manager, Ken served for 11 years as Senior Satellite Operations Manager, a role in which he supervised the engineering team responsible for fleet monitoring and anomaly resolution and worked closely with support manufacturers to assist in contingency investigation and implementation of corrective actions. Prior to joining Hellas Sat, he spent 3 years as a Project Manager working on Voith turbo Variable Speed Drives systems and 3 years as an R&D Engineer for Wyle Laboratories.