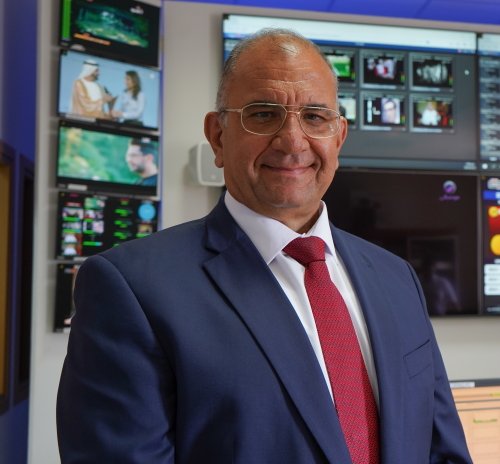 Over the course of a more than 25-year career in space and satellite, Christodoulos Protopapas has promoted satellite communications and connectivity across Europe, the Middle East and parts of Sub-Saharan Africa. He founded Hellas Sat, the national satellite operator of Greece and Cyprus, in 2001 and has served as its CEO for 20 years. Today, Hellas Sat operates a fleet of three geostationary (GEO) satellites that serve locations across Europe, the Middle East and parts of Africa. The company has been fundamental to the development of the Greek Space Agency and has contributed to Greece’s space infrastructure as a whole, including serving as a facilitator for collaboration between the Agency, academia and local industries. Hellas Sat also provided the first major opportunities for young engineers in the region to work in the area of space and satellite in both Greece and Cyprus. While serving as CEO, Christodoulos founded the company’s Space Centre in Cyprus, which boasts more than 35 large antennas with DTH transmission and other satellite managed services.

Christodoulos has been a dedicated advocate for space and satellite services throughout his career. He served 2 terms as Chairman of the European Satellite Operators Association (ESOA) and a term as Chairman of the Hellenic Space Agency. While serving in these positions, he promoted the protection of satellite spectrum in ITU and proposed the use of satellite internet to bridge the digital divide in Greece, Cyprus, the European Union as a whole and South Africa. Christodoulos even went a step further and provided these proposed connectivity services. Under his direction, Hellas Sat connected 172 rural schools in Albania via satellite internet in 2009, rural schools and hospitals in Greece, 142 rural communities in Cyprus in 2008, several remote rural islands in Greece in 2008 and 2009 and 150 hospitals in Zimbabwe in 2021. Christodoulos has continued to work as an advocate for space while completing these projects, and he was crucial to the Greek government securing Govsatcom services in 2019.