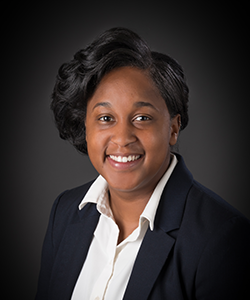 In this Making Leaders interview, we hear from Raven Moreland, Spacecraft Power Systems Engineer at Ball Aerospace. Raven joined Ball Aerospace in early 2020 as a Systems Engineer and currently serves as lead for the Electrical Power Distribution Subsystem (EPDS) on NASA’s SPHEREx program, which will conduct the first near-infrared all-sky spectral survey to study the cosmic origins of the universe and galaxies. Her contributions to the EPDS on the SPHEREx program have already proven invaluable in her 14 months spent on the project. In her first 6 months on the project, She was responsible for researching and procuring the solar array technology that will power the SPHEREx spacecraft and quickly realized that the original design exceeded the system’s mass allocation. Raven discovered a novel technology that is more efficient, smaller, lighter and more powerful for less cost than the established baseline, thereby getting the project back on track seamlessly and with added benefits. She consistently provides valuable feedback for deliverables, researches options for spacecraft components and contributes design ideas.

Before joining Ball Aerospace, Raven served as the Lead Operations and Ground System Design Engineer for General Atomics, where she led operations on the Orbital Test Bed 1 (OTB-1) mission, the first truly commercial all hosting satellite. She was responsible for commissioning of the spacecraft, including anomaly resolution, operations logistics and user manual development, and she went on to lead and define the ground system fault detection, isolation and recovery philosophy for the OTB-2 and OTB-3 missions. Raven served as the only Operations Engineer for the OTB-1 project, wrote the satellite’s anomaly recovery procedures and was on call to solve them on the spot during and after launch. She also served as a Satellite Systems Engineer at Orbital ATK, where she performed mission operations development for geostationary (GEO) satellites and helped direct the GovSat-1 and Al Yah 3 missions. Raven received a Promise Award from SSPI in 2021, signifying her place as one of three leaders of the 2021 “20 Under 35” cohort. Learn more about Raven.

Raven Moreland’s interview is also available as a podcast: