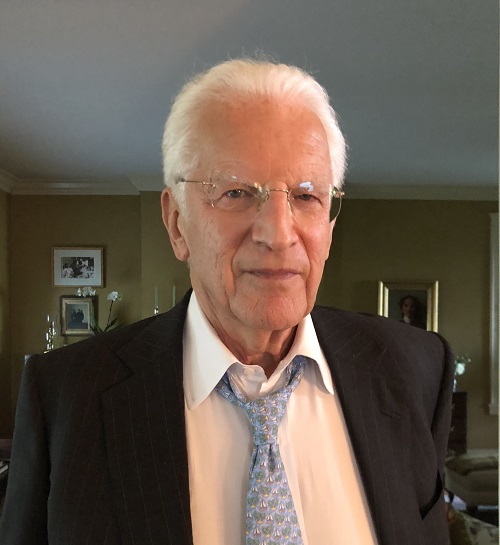 In this Making Leaders interview conducted at the Hall of Fame Celebration, we hear from Henry Goldberg, Partner at Goldberg, Godles, Wiener & Wright and one of the three inductees to the Space & Satellite Hall of Fame for 2019. Henry is a leading U.S. regulatory lawyer who has been a key figure in shaping the modern commercial space industry through development of U.S. and international legal and regulatory frameworks. Over a more-than-fifty-year career that began at Covington & Burling in Washington D.C. in 1966, Henry has opened legal doors to numerous innovations in satellite and broadcasting throughout the world, carving out regulatory territory for new types of companies and their technologies to grow and flourish.

From 1968 to 1970, while at Covington, he participated in the FCC’s first domestic satellite proceeding and established the essential principle that users are eligible to own and operate earth stations that communicate with carrier-owned satellite systems. Henry also filed the first application for a user-owned satellite earth station on behalf of the affiliate associations of major TV broadcast networks. He moved to the White House Office of Telecommunications Policy shortly afterward in 1971, where he eventually succeeded Antonin Scalia as OTP’s General Counsel. While at the White House, Henry played a significant role in the implementation of the “open skies” satellite policy that spawned new satellite-delivered television networks, including HBO, C-SPAN and CNN. Read more about Henry.