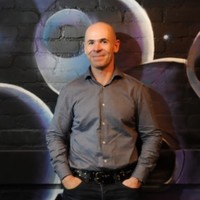 In this Making Leaders interview, we hear from Craig Clark, Founder and CSO of AAC Clyde Space. After graduating with a BE in Electrical Power Engineering from the University of Glasgow, Craig began his career at Surrey Satellite Technology, Ltd., where he served as Power Systems Team Leader. After 11 years at Surrey Satellite Techology, he returned to Glasgow and founded Clyde Space Ltd. in October 2005. Clyde Space launched Scotland's first satellite in 2014 and has established itself as one of the most successful suppliers of small satellites in the world. In January 2018, Clyde Space merged with Swedish listed company AAC Microtec, and the combined company continues to grow and develop cutting-edge products for the small satellite market, particularly in the area of cubesats. In June 2013, Craig was awarded an MBE in the Queen's birthday Honours list for his services to Innovation and Technology and, in 2017, Clyde Space won the Queen’s Award for Enterprise in the Innovation Category. He served as a member of the UK Space Leadership Council from 2010 to 2016, providing advice to the UK Space Agency on its work plan and future opportunities. Craig is a member of the Council of Economic Advisors to the Scottish Government and has served in that position since 2018. In a conversation with SSPI Executive Director Robert Bell, Craig talks about his career path and the challenges of building a successful small satellite company from the ground up.