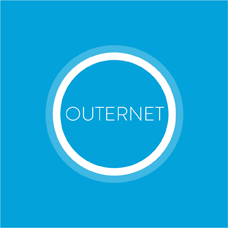 Syed Karim, the founder of Outernet, describes it as “a universal information service available to all of humanity.” Founded in 2014 as a private company headquartered in Chicago, Outernet now provides a global data delivery service over three Inmarsat I4 global beams. The company provides a content delivery service which focuses on making the most useful knowledge from the Internet available to those in areas with no connectivity. Syed Karim conveyed this vision to the world as a speaker at TedGlobal 2014.

In many places around the globe, Internet connectivity is prohibitively expensive, sometimes costing as much as ten times the average monthly income. Outernet creates offline versions of knowledge found on the web and broadcasts it to people without access to the Internet. The company currently operates a low bitrate global broadcast, which will expand over time to include the delivery of digital curricula and educational videos.