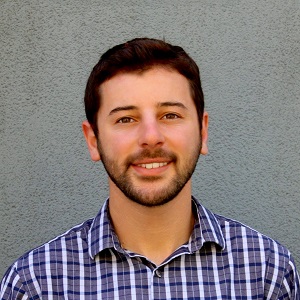 Mike began his career in the space industry at NASA Ames, where he worked on the PhoneSat project, developing low-cost CubeSat platforms that use smartphone technology. In 2011, he joined the eight-person founding team at Planet Labs as a systems engineer. As the company grew from the initial eight employees to a global organization of over 450 people, Mike moved through a wide range of roles, from export regulatory licensing & compliance, overseeing Planet’s global ground station network to managing Planet’s launch strategy, the position he holds today.

In his early career at Planet, Mike was responsible for obtaining the company’s FCC Operational License, the first ever obtained for commercial CubeSats. Since then, he has been involved in the launch of over 300 satellites across twenty different launch attempts, helping Planet’s fleet grow to the largest in the world. Mike has served as an advocate for the SmallSat community as well as for Planet throughout his career, speaking at multiple conferences and workshops and negotiating with satellite operators including Orbcomm, DigitalGlobe, Spire, and NASA to establish fair and equitable spectrum and orbital sharing agreements.

In 2017, Mike oversaw Planet’s record-breaking launch of 88 Dove satellites on India’s PSLV. The launch allowed Planet to achieve its Mission One: imaging the entire Earth every day from space.

Described by his colleagues as passionate, generous and remarkably level-headed, Mike dedicates time to the smallsat industry outside of his work at Planet as well. In 2016, he helped establish the Commercial Small Satellite Spectrum Management Association (CSSSMA), an industry organization that advocates for smallsat spectrum sharing. He also works with the Brooke Owens Fellowship selling Aerospace t-shirts (https://www.etsy.com/shop/StarfishPrimeApparel) to raise money, and volunteers with Meals on Wheels and Glide Church to help feed the needy in San Francisco.