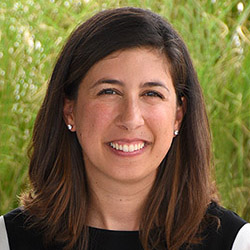 In this Making Leaders interview, we hear from Pascale Dumit, Manager of Spectrum Management and Development for the Americas at SES. Pascale began her career in the satellite industry in 2005 at Hughes, where she designed and commissioned broadband satellite networks in Africa and the Americas. Pascale went on to work as a consultant at ITT Exelis (now the Harris Corporation) where she supported NASA as well as the Department of Defense on a broad range of international spectrum management issues and contributed to the overall development and implementation of strategy in national and international spectrum regulatory environments.

As a Manager of Spectrum Management and Development at SES, Pascale manages spectrum matters both at the Federal Communications Commission (FCC) and the International Telecommunication Union (ITU) and is responsible for the development and protection of spectrum assets for select SES projects over the Americas. She is currently leading all domestic and international spectrum-related activities, including coordination and licensing for SES-15, a new high throughput satellite to be launched in 2017 and expected to serve SES’s leading aeronautical customers and other traffic intensive data applications such as government, VSAT networks and maritime. Pascale received a Promise Award from SSPI in 2016. Click here to learn more about Pascale.