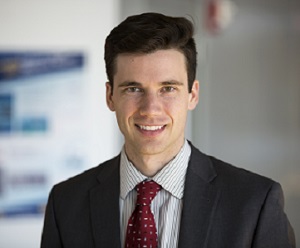 JP began his career in the industry as an entrepreneur after graduating with a BS in Engineering Physics from the University of Wisconsin and then completing a PhD in Nuclear Engineering and Nuclear Physics over the following three years. He co-founded two companies after completing his PhD, beginning with Aether Industries, LLC, a company that developed low-cost high-altitude balloons for imaging and communication. After Aether Industries was acquired in 2014, JP co-founded a second company, Phase Four, Inc., which developed a novel miniature electric propulsion system for small satellites. He also worked in the Department of Aerospace Engineering at the University of Michigan while establishing both companies, first as a postdoctoral fellow and then as an assistant research scientist. JP joined OneWeb in May of 2017 as a mission systems engineer and was later promoted to senior mission systems engineer. He made an immediate impact at OneWeb with his work on the company’s Constellation Deployment Plan for populating its constellation with satellites. JP created proprietary software to optimize the deployment plan around its many technical and business constraints.