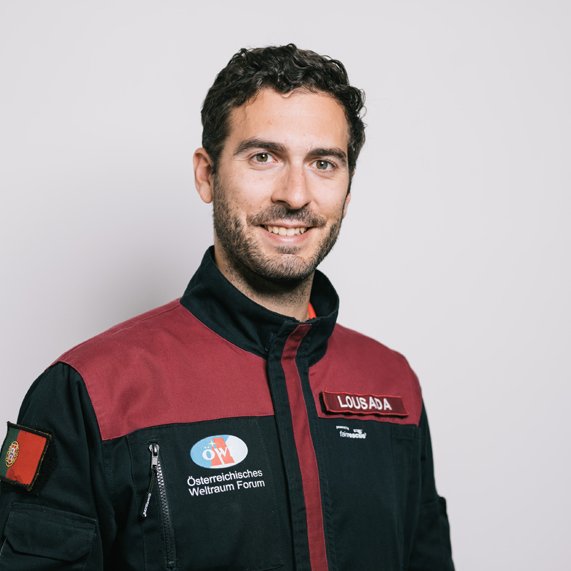 Over a three-year career at GMV Insyen AG, Joao has worked as a constant advocate and mentor to local youth and the community at large. He currently serves as a Flight Director for Columbus, the European module of the International Space Station, making him responsible for planning and operations of the module, as well as the safety of astronauts on board. Joao works with the astronauts on a daily basis, providing support for their endeavors in human physiology and material science studies in space. He also served as increment lead during the ISS Increments 58 and 59. Joao frequently organizes and executes tours of the Columbus Control Centre for young people and the local community to give the public a better understanding of his company’s work with ISS.

Joao is also actively involved with the Austrian Space Forum, where he serves as an analog astronaut and commander for Mars analog missions. Joao completed the AMADEE18 mission in the desert of Dhofar, Oman in 2018, the results from which have helped to better understand the operational constraints and hazards of a manned mission to Mars. He is currently working on preparations for the next mission, planned for 2020. Joao has mentored over fifty National Points of Contact and more than 100 young professionals and students in Europe as Regional Coordinator for the Space Generation Advisory Council (SGAC). He has served as a subject-matter expert, rapporteur and moderator at the SGAC 2016 and 2017 Space Generation Congress and several other events and is an active ambassador for STEM topics at the Austrian Space Forum. Additionally Joao is an active member of the International Astronautical Federation (IAF) where he is a member of the Human Spaceflight Committee and the Young Professionals Programme Committee.