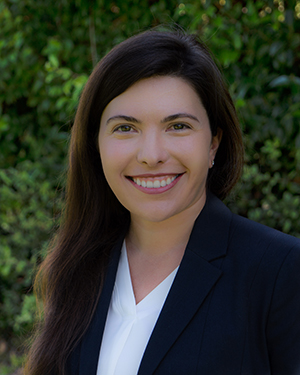 Jillian began her career at SSL through a Cooperative Education program in 2008 while working on her undergraduate degree in Mechanical Engineering at Cornell University. Upon graduating from Cornell with her Master’s Degree in 2011, she joined SSL full-time as a Responsible Mechanical Engineer in the RF Payload engineering department, where she worked on product design and delivery of more than 30 assemblies. Three years later, Jillian participated in SSL’s 18-month Rotation Program, during which she worked in the Mechanical Aerospace Ground Equipment department and the Solar Array department. After demonstrating particular talent in the Solar Array department, she took on the role of Solar Array R&D Project Manager.

Throughout her career, Jillian has brought her talents for teaching, learning and improving efficiency to a wide variety of teams. While working on a project impacted by electric orbit raising (EOR), she saw an opportunity to streamline sub-system EOR requirements and volunteered to author a completely new systems document in addition to her regular workload, which required her to spend months learning from experts in five different departments. Jillian also developed tools to automate and streamline the process of creating tooling documents in the Mechanical Aerospace Ground Equipment department. She created assembly models and documentation for transceiver assembly components as part of SSL and JPL’s GRACE-FO mission, which launched in May 2018. The components required customized tooling not standard to SSL, so Jillian worked directly with the technicians building the assemblies to ensure accuracy.

Outside SSL, Jillian has helped her community, including joining her church’s Community Response Team to provide meals for new parents and those recovering from surgery and co-leading a weekly women’s Bible group.