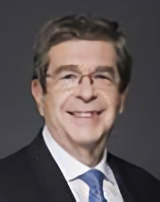 Robert Zitter is responsible for HBO’s technology interests worldwide, overseeing satellite-based distribution, origination, production operations and engineering. Zitter’s career has included spearheading the introduction of digital compression technology, the development and launch of HBO HD and HBO On Demand and the founding of HBO’s businesses in Latin America, Asia and Europe. "There are very few names that come to mind who have had as significant an impact on our industry as Bob Zitter,” said HBO president and COO Eric Kessler. "His accomplishments and innovation have helped transform not just the business at HBO but the entire landscape.” Zitter was inducted into The Cable Television Hall of Fame in 2006 and is a recipient of the NCTA’s Vanguard Award for his leadership in science and technology. He also served on the FCC’s Technology Advisory Committee and as a director of the North American Broadcasters Association.