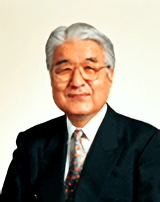 Takuya Yoshida has been a key leader in Japan with regard to the introduction of digital satellite services and direct broadcast satellite services through the JSAT system. Mr. Yoshida started his career with C. Itoh & Co, Ltd. in the late 1950s where his outstanding leadership skills allowed him to rise to the position of Managing Director in one of Japan’s largest corporations. During the 1990s C. Itoh’s name was changed to the Itochu Corporation, and Mr. Yoshida went on to serve as Senior Managing Director and then Executive Vice President of the Itochu Corporation.

In 1996, owing to his broad knowledge of Japanese commerce and the legislative and regulatory skills acquired during a career spanning 30 years, Mr. Yoshida was appointed President of the JSAT Corporation. From 1996 to 2002, he served as President and CEO of JSAT and then, until his retirement, served as Chairman of the Board and CEO.