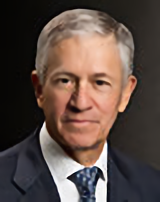 Phillip Spector has been a leader in the industry, as a lawyer and business executive, for decades. He began his career in government, where he served as a law clerk to a Supreme Court Justice and worked in the White House as Associate Assistant to the President. He then entered the private practice of law, and in the 1980s helped to lay the groundwork at the FCC for, and then negotiated, the industry’s first sales of transponders. He also was PanAmSat’s outside counsel during its years-long battle to break the Intelsat monopoly on the provision of international satellite services.

In the 1990s, he joined the international law firm of Paul, Weiss, Rifkind, Wharton & Garrison, where he served as Managing Partner of the Washington office and Chairman of the Communications & Technology Group. In that role, he acted as a key advisor to SES, helping to negotiate the 2001 acquisition of GE Americom by SES – the first trans-Atlantic merger in the industry’s history. He also was the lead attorney for the groundbreaking SkyBridge project, which successfully fought battles at the ITU and the FCC to develop global rules to allow non-geostationary satellite systems to share spectrum with geostationary satellites.

In 2005, he moved to the client side, becoming General Counsel of Intelsat, and in that position guided the historic merger of Intelsat with PanAmSat in 2006. Antitrust experts expected that the deal would not be approved, but it went through without any divestitures of assets. In 2007, his responsibilities at Intelsat grew with his appointment as Executive Vice President, Business Development, and he later became a member of the Intelsat Board of Directors.

In 2013, Phil left Intelsat and returned to his roots in private practice. He joined the Washington office of the international law firm, Milbank, Tweed, Hadley & McCloy, where he provides clients with representation in a wide range of corporate and regulatory matters, is looked to for strategic counsel, and negotiates transactions and alliances. As before, he maintains a strong focus on satellite and telecommunications, because, as he says, “we in the industry are privileged to explore the frontiers of outer space, while working on projects that benefit the globe’s interconnectivity, all within a business environment that is constantly changing.”