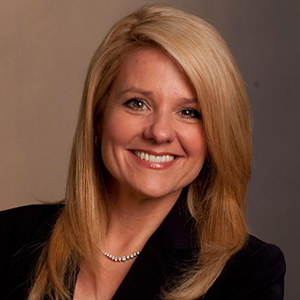 In 2002, Gwynne Shotwell went to work for a new company called SpaceX as vice president of business development.  After a brief meeting with founder Elon Musk, he called to encourage her to apply for the job. She was immediately hired – and began a partnership that took the company from an ambitious concept to a company valued at more than $20 billion that is revolutionizing the launch business.  As VP of business development, she led the effort to build the Falcon vehicle manifest to over 50 launches representing $5 billion in revenue including commercial resupply services for delivery of cargo and supplies to the International Space Station.  She became President and Chief Operating Officer in 2008, and assumed responsibility for day-to-day operations and for managing the customer and strategic relationships that support company growth.  Under her leadership, SpaceX's backlog has grown to more than $7 billion worth of launches while achieving a set of remarkable milestones including –

Gwynne was born in Libertyville, Illinois.  In a 2014 interview with Via Satellite, she credited a speech at a Society of Women Engineer's event in her teenage years with inspiring her to pursue a career in mechanical engineering.  She came to SpaceX after more than ten years at the Aerospace Corporation, where she held positions in space systems engineering and project management, and worked on conceptual small spacecraft design, space shuttle integration and reentry vehicle operational risks.  Inspired to actually help put spacecraft together, she became director of Microcosm, a low-cost rocket builder.  There she also honed the skills in business development and sales that would have such an impact on SpaceX.

Gwynne has served on the California Space Authority Board of Directors and as an officer of the AIAA Space Systems Technical Committee.  She is a strong proponent of STEM education and has led the fundraising committee of the Frank J. Redd Student Scholarship Competition in raising more than $350,000 in scholarship funding in six years.