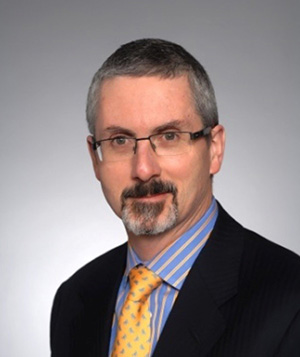 Walter Scott was driving home from a paintball game 26 years ago, according to an article in SpaceNews, when he came up with an idea – one that would help give rise to the US commercial remote sensing industry and change how people see the world.

At the time, he worked at the Lawrence Livermore National Laboratory on space-related projects such as the Brilliant Pebbles missile defense program. When the US Congress passed the Land Remote Sensing Policy Act in 1992 – which legalized commercial satellite imaging – Dr. Scott founded WorldView Imaging Corporation.  The company won the first government license to collect and sell imagery at a resolution of 3 meters across, then unprecedented outside military and intelligence applications.

The early years of the company were filled with challenge, starting with the need to raise money for something no company had done before.  WorldView, as well its new competitors that entered the market, were also plagued by an early string of launch and satellite failures. With a patient group of investors and Dr. Scott’s laser-like focus and sense of purpose – he describes it as “boundless enthusiasm and a lack of common sense” – the company finally launched its first successful satellite, QuickBird, in 2001.  By 2009, the company went public as DigitalGlobe and launched a second satellite with multispectral capabilities.  Four years later, it combined with competitor GeoEye, and over the next few years, launched WorldView-3, which offered higher resolution and shortwave infrared sensing, followed by WorldView-4, which doubled the company’s capacity to collect images at a remarkable 30cm resolution.

By the end of its 2015 fiscal year, DigitalGlobe had a record $702 million in revenues after five years of 20% revenue growth.  But its financial success pales in comparison to its impact on business, the economy, security, human welfare and our daily lives.    Commercial satellite imaging contributes to agriculture, property development and urban planning, energy and mining, government, border protection and national security, disaster response and recovery – the list is almost endless.  Most of us carry it in our pocket in the form of Google Maps.  By giving planet Earth a mirror in which to see itself, Dr. Scott has changed the lives of billions for the better.