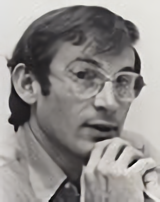 Philip Rubin has been the technology innovator behind some of the most fundamental advances in the history of satellite. He began his career in the 1950s at ITT Research Laboratories, where he designed and built C-band traveling wave tube amplifiers. Five years later, he joined the Hughes Aircraft Company, where he contributed work to Syncom 2 and Syncom 3, which became the world’s first geostationary satellite. He moved to Geneva in 1965 to become the International Telecommunications Union’s first satellite expert. That job took him to India, where he developed the Centre for Research and Training in Satellite Communications, which helped the India’s satellite industry literally get off the ground.

By 1970, Philip was back in the United States as Chief Scientist and Director of the Office of Science and Technology for the Corporation for Public Broadcasting. Under his leadership, the Public Broadcasting System and National Public Radio became the first broadcasters to use satellite for program distribution across the United States. While working for the CPB, Philip also developed improved VHF and UHF receivers for PBS and installed earth stations in northern Alaska to provide telemedicine services.

In the early 1980s, Philip joined PanAmSat, the company that broke the monopoly on international satellite communications, where he was to work for the next seventeen years. His contributions to that precedent-setting company included designing the new satellite system, hiring and training the technical staff, coordinating orbital locations, and overseeing deployment of eleven satellites in orbit. By the time he left the company, PanAmSat was the second largest satellite operator in the world.

Leaving PanAmSat, Philip founded RKF Engineering Solutions, which continues to thrive today. For his many accomplishments, he has been elected a Fellow of the Institute of Electrical and Electronics Engineers and a Fellow of the AIAA and has received IEEE Centennial award and the AIAA's Aerospace Communications Award.