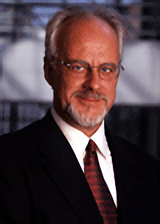 Conny Kullman, a former rocket scientist and information systems engineer, led Intelsat through one of the greatest milestones in the company's history: its transformation from an intergovernmental organization into a privately-held operator of the world's largest satellite fleet. Mr. Kullman began his career in Europe by designing parts of the attitude control system for the first Ariane Launcher. His project group at SAAB Space in Sweden then continued to deliver around 90% of all the computers used on European satellites and launchers.

He joined Intelsat in 1983 as a systems engineer, who implemented the world’s first commercial fixed and satellite-switched Time Division Multiple Access (TDMA) networks. He rose through positions as Director of Systems Operations, Chief Information Officer and Vice President of Operations and Engineering, in which role he managed the launch and operation of 12 new satellites while reducing operational costs. In 1998, he was appointed Director General and CEO, and became the driving force behind a revolutionary series of commercial and operational changes. In July 2001, he completed the comprehensive restructuring that transformed Intelsat from an international cooperative into a private company. Within months of privatization, Mr. Kullman implemented a terrestrial strategy resulting in the development of Intelsat’s GlobalConnex suite of services, which now represent approximately $130 million in annual revenues. During this same period, he led a $2.5 billion, 3-year fleet replenishment campaign that increased available capacity in growth markets and, in 2003, acquired the North American satellites of Loral Skynet, adding an attractive North American market to Intelsat's global assets. Other transactions included a strategic investment in WildBlue Communications and the acquisition of COMSAT General and COMSAT World Systems.

In 2004, Mr. Kullman recognized the opportunity to achieve the goals of the ORBIT Act while at the same time obtaining premium shareholder returns. He conducted a leveraged buy-out that resulted in the purchase of Intelsat by a consortium of private equity firms at a price significantly above that available in the public markets. He capped his career in 2005 as Chairman of Intelsat, playing a critical role in the completion of Intelsat’s acquisition of PanAmSat. Long before it became fashionable, Conny Kullman understood both the value and challenges of managing and motivating a global workforce. His passion for the business, and genuine interest in understanding many points of view, has resulted in his continued standing as one of the industry's most admired leaders.