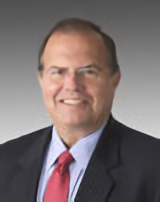 Mr. Horowitz joined the satellite industry when he became one of the first 30 employees of a small cable company named Home Box Office.  He played a major role in the network's growth from the launch of satellite-delivered programming to cable systems in 1975 to a subscriber base of 22 million when he left in 1989.  His leadership capabilities led him out of the satellite industry to a role introducing ATM and e-services at Citibank, and then back in, to lead AMERICOM following its acquisition by SES.  Under his leadership, SES AMERICOM introduced the IP-PRIME IPTV service, a new government services unit, and a spectrum outsourcing business.

Since leaving SES, he has continued to innovate as co-founder of U.S. Space, which offers commercial, privately-financed military satellite communications to the U.S. Government, and which recently announced a joint venture with ATK to create ViviSat, provider of life extension services for on-orbit satellites.