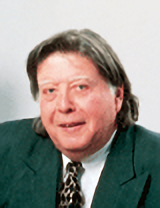 David E. Hershberg is a serial entrepreneur in the satellite industry who founded Globecomm Systems Inc. in 1994 and has served as Chief Executive Officer and Chairman of the Board of Directors since its inception. He is also Chairman of the Board of Directors of NetSat Express, Inc, a Globecomm subsidiary that specializes in IP satellite connectivity.

In 1976, Mr. Hershberg founded Satellite Transmission, Inc. (STS), a provider of satellite ground segment systems and networks. He served as its President until 1994, four years after the 1990 acquisition of STS by California Microwave, Inc. (CMI), now a subsidiary of L3 Communications Corporation.

Mr. Hershberg is a Director of Primus Telecommunications Group, a telecommunications company providing long distance services. In 1998, Mr. Hershberg was presented with the Long Island Entrepreneur of the Year award for Emerging Technology. He holds a B.S.E.E. from Rensselaer Polytechnic Institute, an M.S.E.E. from Columbia University and an M.S. in Management Science from Stevens Institute of Technology.