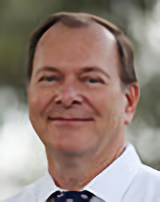 Richard Hadsall is one of that rare breed of technologists who is also a successful company founder and leader. Crescomm Transmission Services, launched in 1976, was his first venture, which evolved in 1981 into Maritime Telecommunications Network or MTN. Five years later, Richard developed a technology that would forever transform communications at sea: the motion-stabilized VSAT antenna, which could maintain its lock on a spacecraft 22,000 miles away while a ship pitched and rolled underneath it. Under his technology leadership, MTN pioneered a unique business model, in which the company became the communications partner of its government and cruise line customers, and introduced a series of passenger and crew services that generated revenue shared by the cruise line and MTN. Success with cruise lines allowed the company to expand into other maritime markets including ferries, private yachts, oil & gas vessels and commercial ships. This ultimately led to its acquisition, in 2015, by EMC.

Though he is known as the “father of maritime VSAT,” stabilizing an antenna was only one of Richard’s many technology “firsts.” He pioneered the use of C- and Ku-band broadband at sea for delivering voice, Internet and video. His work enabled the first live broadcast from a nuclear submarine for ABC’s “Good Morning America,” and a live uplink from a moving Amtrak train for the program’s week-long “Whistle Stop” coverage of the 2008 Presidential election. In 2011, he became one of the few satellite engineers to receive an Emmy Award for retrofitting a Ford F350 pickup into the “Bloom-Mobile,” a satellite-based mobile communications platform that allowed the late NBC reporter David Bloom to broadcast live coverage of the War in Iraq while moving across the Iraqi desert at speeds up to 50 mph.

When asked about his long and entrepreneurial career in the industry, Richard said, “Having the opportunity to pioneer the merging of satellite and communications technology more than three decades ago has led to very a satisfying and productive career. It’s an honor to have been part of those teams and to be recognized through SSPI’s induction into the Satellite Hall of Fame.”