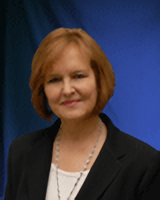 In an active and entrepreneurial career, Mary Frost has held key positions on both the customer and vendor side of the satellite communications industry. As Vice President of Network Broadcast Operations and Engineering for ABC Television, she managed the news and technology operations during an 18-year career at the network. The position gave her major influence over how satellite capacity for broadcast contribution and distribution is bought and sold. In her position at ABC, she also played a key role within the North American Broadcasters Association in setting technical standards for television broadcasting via satellite. Leaving ABC, she worked for PriceWaterhouseCooper's Entertainment, Media and Communications practice, where she provided advice on strategic planning and positioning, risk assessment, and distribution of new products and services to the broadcast, cable and entertainment industries. She also served as the US general manager of ICO Global Communications, and as CEO and president of two interactive and digital asset management ventures.

In 2003, Ms. Frost joined GlobeCast, a subsidiary of France Telecom, and was named President of its U.S. unit, GlobeCast America. Under her leadership, GlobeCast America strengthened its position as one of the most innovative in the satellite services industry, expanding its WorldTV DTH service that provides international programming to immigrant populations in the US and introducing initiatives such as the Wing hybrid fiber/satellite content contribution and management network for news. She left GlobeCast America in 2008 to pursue studies in environmental engineering. Throughout her career, Ms. Frost has contributed her time and talents to organizations seeking to improve the industries she works in. She is past President of the North American Broadcasters Association, founding chair of the International Satellite Operations Group of the World Broadcasting Union, and has served on the boards of the World Teleport Association and the National Academy of Television Arts & Sciences.