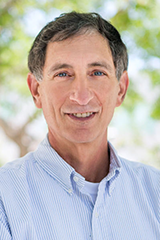 As a technologist, entrepreneur and business leader, Mark Dankberg has created an organization that pioneered a series of technologies with major impact on the evolution of defense, mobile and Internet communications.  Mark co-founded ViaSat with Mark Miller and Steve Hart in 1986 with less than $25,000 in capital.  His partners served and continue to serve as the company’s chief technical officers, while Mark became the company’s CEO.  The company prospered initially as a contract engineering company for defense prime contractors.  But from the beginning, ViaSat approached every contract as an opportunity to develop products for manufacture. Its first success was in manufacturing specialized test equipment, but the portfolio rapidly expanded to include DAMA network, management and subscriber terminals, software-defined radios and modems, dynamic bandwidth resource allocation, applications for spread-spectrum Ku-band and RF and network technology for Ka-band broadband services for the Wildblue satellite service.  By 2010, ViaSat had reported $688 million in revenue, had gone public and – prior to its public offering –was named three times to the Inc. 500 list of the fastest-growing private companies.  But nothing got the market’s attention more than the company’s announcement, in 2008, that it would put an all Ka-band 100 Gbps satellite into obit to deliver Internet access to homes and small offices throughout the US.  The financial markets called it a “bet the company” decision that ViaSat and its shareholders would come to regret.  ViaSat launched its service, branded Exede, on 2012.  By late 2014, the company had 657,000 subscribers for service plans that competed favorably with terrestrial, was  supplying JetBlue and United with onboard Wi-Fi and led all other ISPs in delivering its advertised speeds in the FCC Measuring Broadband America report.  In 2013, ViaSat announced that Boeing would begin construction of its second Ka-band spacecraft and market reaction made it clear that the Ka-band Internet business case had been proven.  By placing bold bets on a new frequency range and network architecture, Mark not only created an impressive new line of business for his company, he opened the door for the global commercialization of Ka-band.