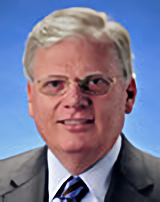 John Celli has dedicated his career to creating satellites and technology that makes the world a better place. He joined Space Systems Loral as an engineer in 1981 after six years with Alenia S.p.A in Rome. Thirty-one years later, he became President of SSL, which he had helped to become the world’s leading provider of commercial communications satellites with a 30% market share over the previous decade.

In engineering, manufacturing and test management positions, and as Chief Operating Officer beginning in 2001, John guided many technology advances to market. They included the world’s first 20-kW satellite, the first high-throughput satellite and multiple advances in antenna technologies and data handling systems. One of John’s proudest accomplishments was serving as executive director of SSL’s Intelsat IX program, where he oversaw the development and delivery of seven advanced multi-frequency spacecraft. When the first of those satellites launched in 2001, it was among the largest and most powerful of its time and marked an advance in satellite switched-time division, with a multiple-access subsystem within the payloads to achieve more efficient traffic loading on a number of the transponders. Under his management, the company also built the world’s two highest-capacity satellites in orbit today and more recently opened a smallsat production facility that manufactures small earth observation spacecraft for Google’s Skybox Imaging.

Inside SSL, John is known for his integrity and commitment to the industry as well as his dedication to helping talented individuals grow and succeed. He takes a particular interest in encouraging young people pursue Science, Technology, Engineering and Math (STEM) education and careers. He engages with engineering students at local universities with motivational speeches and ensures that SSL participates in organizations that support STEM education, such as the American Institute of Aeronautics and Astronautics (AIAA), Change the Equation (CTEq), and Techbridge. His enthusiastic support has driven SSL’s participation in SSPI’s Promise Awards, and no less than six SSL employees have received this prestigious honor for young employees who make extraordinary contributions to their companies.