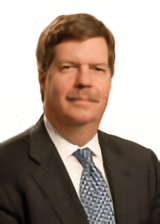 President and CEO of SES WORLDSKIES

Mr. Bednarek has been an industry innovator and leader for over 30 years and holds several US patents related to Global Positioning System (GPS).  Mr. Bednarek has led entrepreneurial organizations, major public and private companies including US Corporation for Public Broadcasting and PanAmSat.  As the engineering and technology leader for PanAmSat, he was instrumental in the success of the world’s first competitive international satellite operator before its acquisition by Intelsat.

In 2009 Mr. Bednarek joined SES WORLDSKIES as president and CEO.  Under his management, SES WORLDSKIES has grown to a fleet of 28 satellites with 99% of the world's population living within its footprint.  He has a proven track record of success in pioneering innovative satellite design criteria, successfully executing business growth, and achieving strong return on investment and customer satisfaction.  His leadership is recognized not only for his management and technology strengths, but also for the dignity and respect with which he treats his clients, peers, colleagues, and co-workers.  Mr. Bednarek is currently a member of SSPI’s Board of Directors.