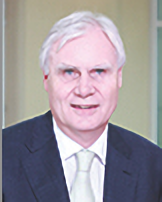 Since joining SES in 1995, Romain Bausch provided the leadership that transformed SES from a regional satellite company offering direct-to-home TV distribution in Europe to a global satellite operator serving broadcasters, telcos, enterprise, and government customers. Under his leadership, SES became one of the big "consolidators” in the FSS industry, integrating among others Nordic Satellite AB, GE Americom and New Skies Satellites, and also providing significant investment and support to O3B Networks. He managed this expansion program while keeping SES on a solid financial footing, and took the company public in a successful IPO in 1998. Romain Bausch is also Vice Chairman of the Board of Directors of O3b Networks, member of the Board of the European Satellite Operators’ Association (ESOA), and a Director of Luxembourg’s Business Federation. In 2002, he was honored as Via Satellite’s Satellite Executive of the Year.

Back to Hall of Fame