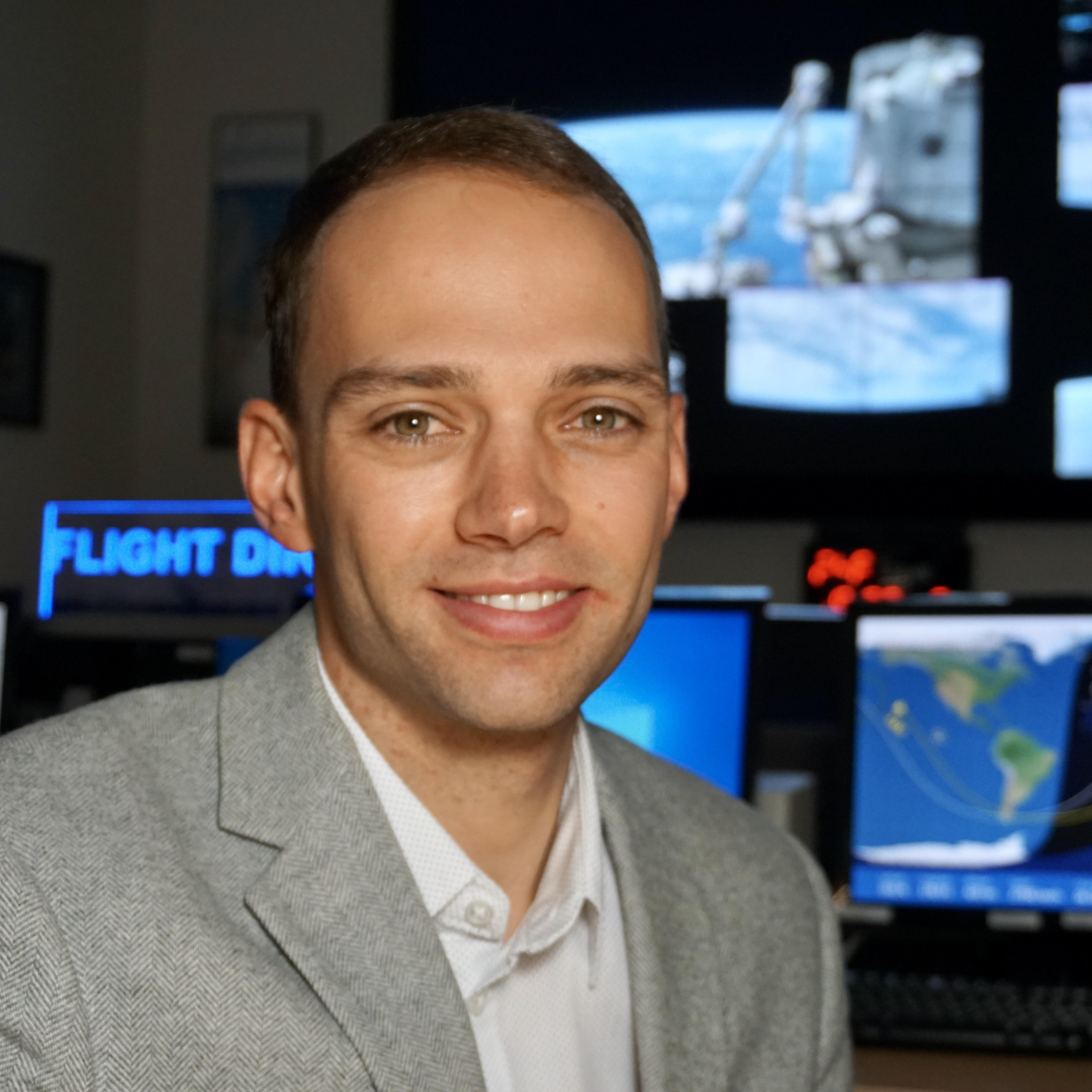 Tobias has received degrees in aerospace engineering all the way up to the doctoral level from universities across the world, including Germany, Israel and the United States. During and after completing his studies, he has put his knowledge to use in developing different types of complex hardware for the International Space Station (ISS). Tobias was responsible for key elements of the development of the Space Automated Biproduct Lab (SABL), of which three are currently operational onboard ISS and have been for over five years. These smart incubators are hosting on average over 12 experiments per year to for example search for novel pathways as potential cures and preventative measures for osteoporosis and cancer, as well as for cardiac cell and stem cell research. Tobias also took a leadership role in the development of the Animal Enclosure Module-ECLSS (AEM-E), a life support system for Northrop Grumman’s Cygnus spacecraft to allow the transport of up to 40 rodents as part of NASA’s resupply flights towards the ISS on a regular basis. He completed both of these projects while working toward his Ph.D. in aerospace engineering and taking coursework in a non-native language, as well as performing laboratory work. As part of his Ph.D. work, Tobias also produced data to answer the question of whether atmospheric pressure influenced the growth of algae in bioregenerative life support systems.

In his current role, Tobias led work on a series of eight FRIDGE (Freezer / Refrigerator / Incubator Device for Gallery and Experimentation) units for NASA to be used on the ISS - amongst other things - as the new crew refrigerator. Tobias led a team of over a dozen software, mechanical, electrical, integration and operation engineers to produce this NASA-critical hardware on-time and within budget. The first two FRIDGE units are scheduled to launch in September 2020 on board Northrop Grumman’s CRS-14 mission. Tobias also serves as Lead Engineer in the development of BioServe’s Peristaltic Laboratory for Automated Science with Multigenerations (PLASM). PLASM is being developed for use around the Moon and inside Orion on the Artemis 1 mission with the aim of studying the effects of microgravity, deep space radiation, and a combination of both on each gene of Saccharomyces cerevisiae to inform the effects on human cells. Tobias is also leading the development of two units for the ISS to serve as deep space radiation controls as part of the project. PLASM is scheduled to launch on board the Space Launch System (SLS) in 2021.

Outside of work, Tobias gives his time to the next generation as a member of the Space Generation Advisory Council (SGAC). He served as a delegate to the 16th Space Generation Congress (SGC) in 2017 and as a Program Coordinator for the 2018 Space Generation Fusion Forum (SGFF). Tobias was the moderator of the 17th SGC German Aerospace Center (DLR) Working Group “Future Business Application in LEO,” and served as the Logistic and Communication team member of the 2019 SGFF and SGC. He also served as a mentor for students at BioServe Space Technologies and as the U.S. representative to the Student European Low Gravity Research Association (SELGRA), where he helped foster dialogue between scientists and engineers around the world.