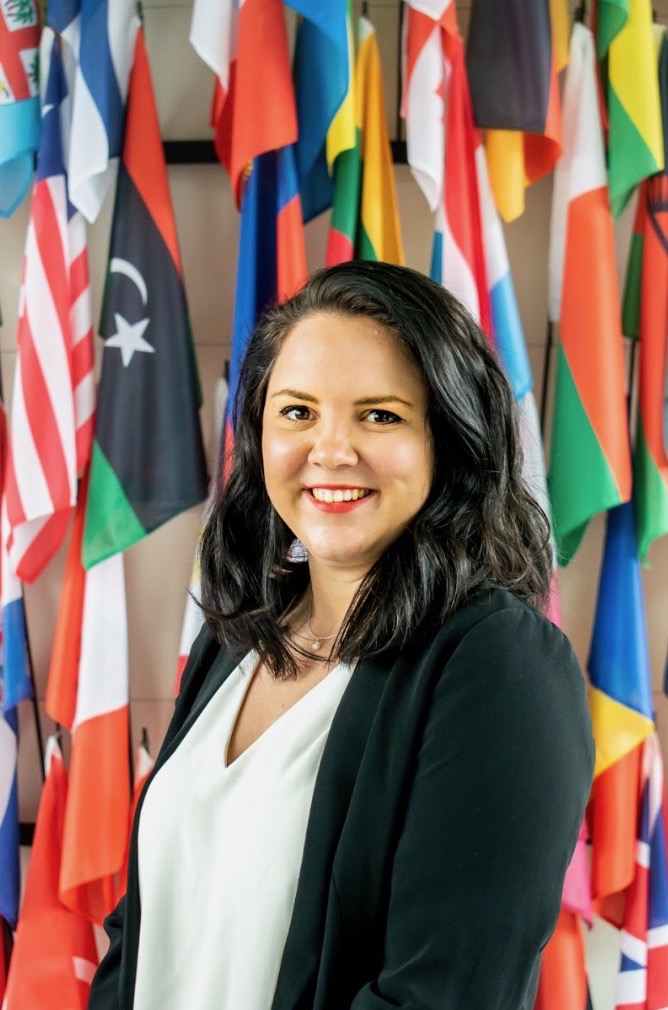 Clémentine began her career working in onboarding and marketing at Airbus Helicopters after completing her Masters in International Business at Kedge Business School in Marseille (France) and her Bachelor of Business Administration in Marketing at San Diego State University in San Diego (USA). From Airbus Helicopters, she went on to work as a marketing and events planner at Arianespace Inc. in Washington DC (USA). Clémentine became Executive Director of the Space Generation Advisory Council in support of the United Nations Programme on Space Applications in June 2017. SGAC is a non-governmental, non-profit organization and network of more than 15 000 members which aims to represent university students and young space professionals ages 18-35 to the United Nations, space agencies, industry and academia. Her responsibilities include managing day-to-day operations for the organization, where she leads a team of over fifty active volunteer members. Since joining SGAC, Clémentine has proposed many creative strategies for seeking agreements with sponsors and developing the future space workforce and has implemented them successfully by negotiating with key stakeholders and reaching out to non-traditional space actors as well.

She was instrumental in establishing the Memorandum of Understanding between the United Nations Office for Outer Space Affairs (UN OOSA) and SGAC, an agreement under which SGAC and the UN OOSA committed to work jointly in supporting young people in line with the Secretary General’s ‘Youth 2030 strategy,’ launched in September 2018. UNOOSA and SGAC delivered a global ‘Space for Youth’ Competition aimed at engaging youth in the discussion of how space science and technology can be used to power the Sustainable Development Goals (SDGs). Clémentine also led the negotiations with the International Astronautical Federation (IAF) to recognize SGAC as an official partner organization, thus allowing SGAC to collaborate on IAF activities and work hand-in-hand on more initiatives focusing on generational diversity. She managed the process of nominating SGAC for the IAF Excellence in 3G Diversity Award, which the organization had the honor to receive in 2018. She has spearheaded efforts to increase opportunities for SGAC members, including raising of the number of scholarships granted to students and young professionals up to 140 scholarships in 2018. Outside of work, Clémentine has volunteered her time to several Committees of the IAF and is one of the leaders of the team that organizes the Luigi G. Napolitano Award, which recognizes a young scientist below thirty years of age who has contributed significantly to advancing aerospace science. She is also an active member of the IAF Workforce Development-Young Professionals Programme.