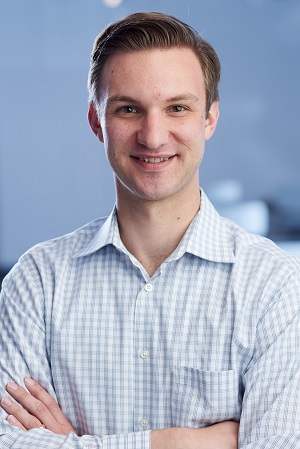 Adam began his career as a systems engineering intern for Orbital ATK after graduating from Cornell University with a BS in Electrical and Computer Engineering and a Masters in Systems Engineering. He was quickly promoted to a mission systems engineer and then a senior mission systems engineer for his work on trade studies, performance evaluations and requirements management for national security spacecraft and payloads. Adam served as a primary technical point of contact for government customers and internal corporate stakeholders while also leading Orbital ATK’s young professional network. In October 2016, Adam joined OneWeb as a satellite engineering specialist. Less than one year later, he took on the massive responsibility of unofficial lead of the space segment at OneWeb when the director of satellites left the company, ensuring that the former director’s projects kept moving. While shouldering these new responsibilities, he also served as the technical representative on a major contract negotiation with Airbus and continued to help lead the satellites department and work on spacecraft specifications. His exceptional performance during such an intense period at the company led Adam to be promoted three times in one year, including to his current position of manager of space subsystems engineering.