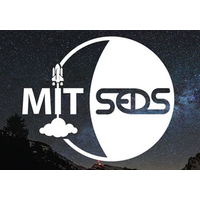 On November 3, 2018 at the annual SpaceVision conference, the MIT team was named the second-place winner of SSPI and SEDS USA’s 2018 Competition. The competition, titled “Designing the Robotic Space Tug,” challenged student teams to envision a multi-purpose space tug designed to operate in Earth orbit and cislunar space.

Advising the MIT team was Ed Ashford, President of Ashford Aerospace Consulting. We thank him for generously donating time and expertise to the next generation. 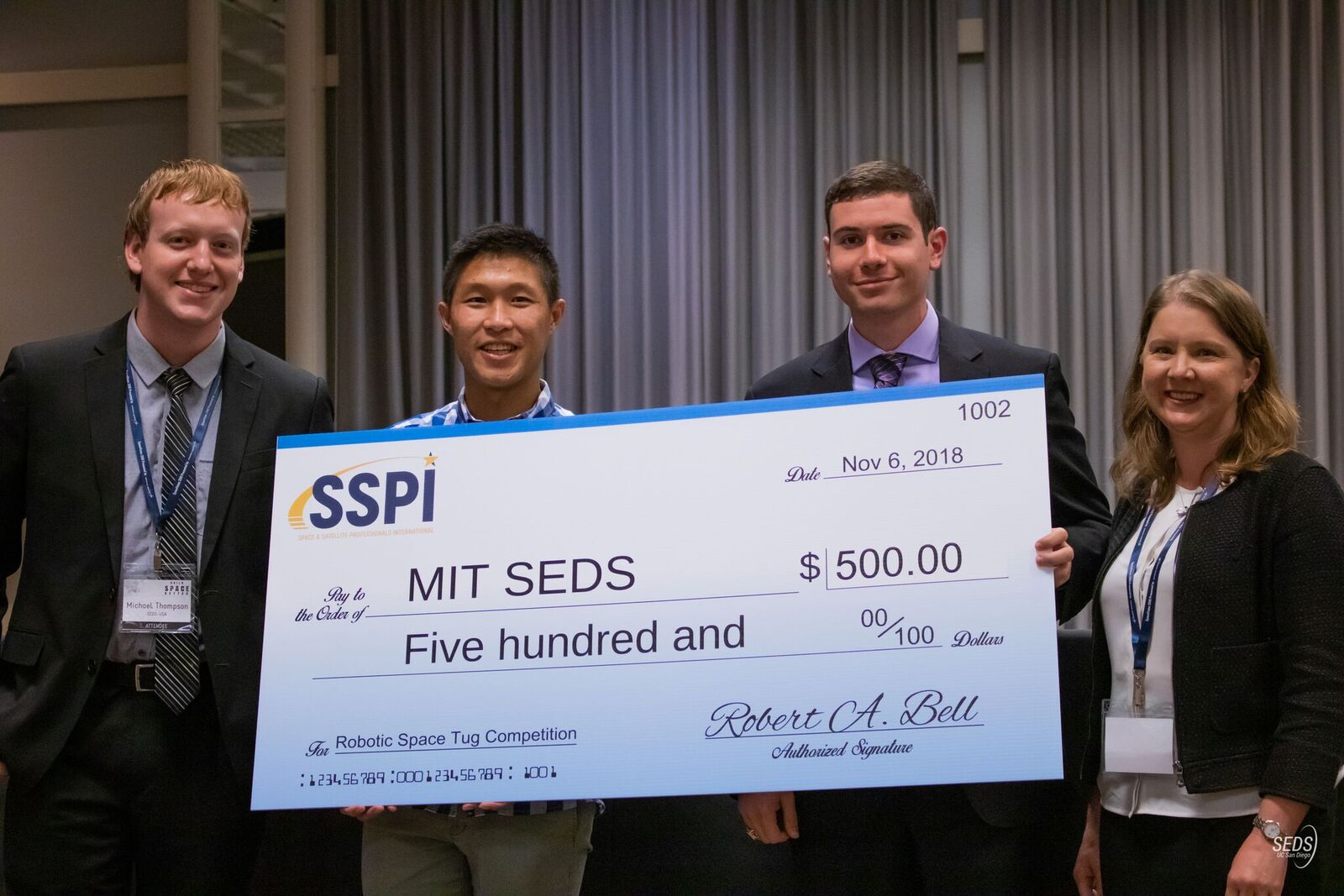 The MIT team accepting their prize with Michael Thompson, competition coordinator for SEDS USA and a former member of winning Purdue University teams, and Dr. Jennifer Dawson, a Promise Award winner in 2016

In a report titled “A Path to Regular SpaceTug Operations in LEO,” the MIT team designed a pair of Full Service SpaceTugs with highly capable robotic arms, enabling them to dock with a wide variety of LEO satellites and service even satellites with no service-enabling features or technology on board. The SpaceTugs would be capable of refueling hydrazine, moving/removing, surveying, and limited repair. Each SpaceTug would have a different specialty based on its secondary propulsion system, with one SpaceTug servicing sun-synchronous orbits with its large hydrazine tank, while the second SpaceTug would be capable of performing higher delta-V maneuvers at a slower pace with its electric propulsion system. This would greatly improve efficiency, allowing the first SpaceTug to service a target satellite while the second clears debris and rocket bodies as necessary. 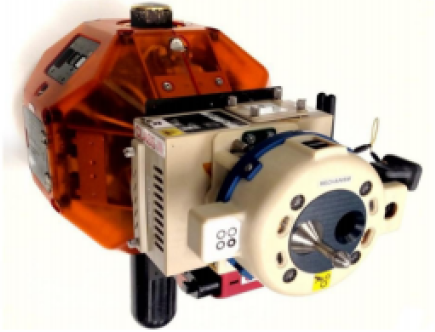 You can read the full report of the MIT team here. See a full description of the Designing the Robotic Space Tug competition, conducted in partnership with the Students for the Exploration and Development of Space.