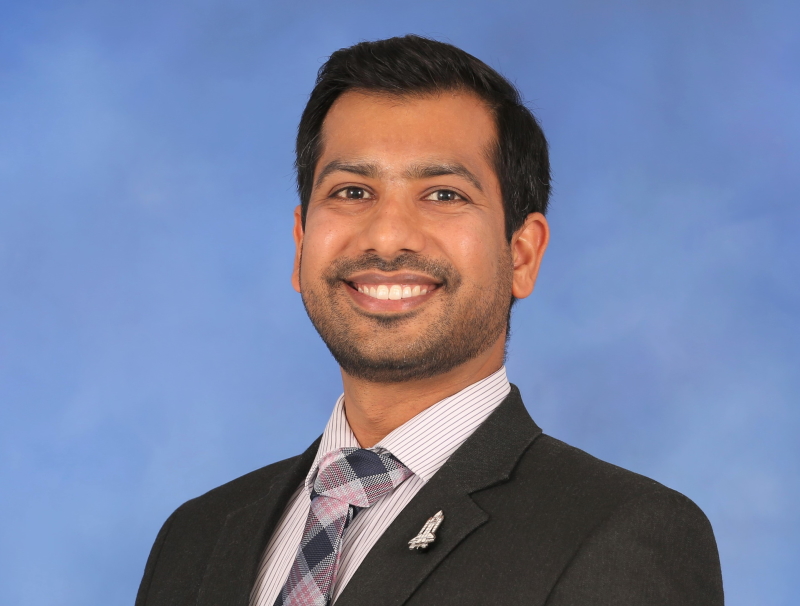 Saroj Kumar is a mission designer for advanced propulsion systems at the Propulsion Research Center and a Ph.D. candidate in the Department of Mechanical and Aerospace Engineering at the University of Alabama in Huntsville (UAH). His current research focuses on mission design, high-fidelity trajectory analysis and modeling and simulation of Nuclear Thermal Propulsion (NTP) engine system design using Model Based Systems Engineering. Saroj’s work is supported by NASA’s Space Technology Mission Directorate (STMD) through its Technology Demonstration Missions program at NASA’s Marshall Space Flight Center (MSFC). In his current role, he performs critical mission analysis for deep-space robotic missions and crewed missions to Mars for MSFC. Saroj’s other experience in the industry includes, working as a research affiliate for the NASA Jet Propulsion Laboratory for a New Frontiers class pre-phase A mission concept study to Enceladus and as a manager and team leader for small satellite missions at the Center for Small Satellite Research in India.

Saroj is currently leading the development of a mission and spacecraft simulation model called the ‘Spacecraft Integrated System Model’ for NTP powered interplanetary missions. His current research also focuses on determining a solution space for NTP engine parameters for NASA’s Flagship and New Frontiers class robotic exploration missions to the outer solar system. He has demonstrated new NTP mission capabilities for outer solar system exploration missions in this role by solving complex mission design problems and performing high-fidelity trajectory analysis. As part of his work, Saroj has published more than 25 research papers on advanced spacecraft propulsion and spacecraft control systems. From 2013 to 2015, he led a team of 15 members in the development of spacecraft sensors and actuators for small satellite attitude determination and control systems and received a patent for an innovative mechanical design and development of a nano-reaction wheel actuator system. Saroj has also been actively involved in projects such as a crew scientist for analog Mars mission at the Mars Desert Research Station to develop zoning methodology for planetary protection protocols, analyzing scientific data of solar dynamics observatory spacecraft to find coronal hole and examining jets. For his accomplishments, Saroj has received numerous awards, including the best interactive research presentation at the 73rd International Astronautical Congress, the AIAA GHS Student of the Year Award in 2021, Best Paper award at Nuclear and Emerging Technologies for Space, Best Presentation award in the graduate research division at UAH, Outstanding Researcher award, Propulsion Research Center Service Award and many others.

Outside of work hours, Saroj dedicates his time to education and improvement of the industry. He serves as a technical advisor to the Fusion Industry Association subcommittee on space propulsion and has organized and managed Student Satellite Training Programs in which students learn to design and build small satellites for remote sensing applications. Saroj has served as the team lead and NASA special event coordinator for the NASA in the Park event organized by MSFC and was selected by the Huntsville Chamber of Commerce to represent Alabama in the Citizens for Space Exploration program in 2018 and 2019. He has also served as a judge for the annual science Olympiad from 2016 to 2018 and was a team lead for 3 years for the STEM outreach event Girls’ Science and Engineering Day in Huntsville. Saroj regularly volunteers at local animal shelters outside of his service to education and the industry.