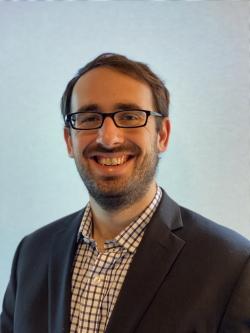 Sam joined ATLAS Space Operations in 2020 with than a decade of experience in satellite operations under his belt. He began his career at the Goddard Space Flight Center as a NASA contractor, during which time he served in a variety of roles including Online Engineer, Command and Data Handling Engineer, Operations Engineer, Guidance Navigation and Control Engineer and finally the Deputy Operations Manager. Sam worked on cutting-edge automation efforts for NASA that allowed upkeep and inclination maneuvers to transition spacecraft slews from fuel-based to reaction-based so as to conserve energy and extend mission life. After leaving Goddard, he joined OneWeb as an Operations Development Engineer, where he wrote operational software and supported day-to-day operations for multiple launches. Sam joined ATLAS as a Senior Software Engineer where he has become the domain authority for best practices regarding safety and efficacy.

Within only a few months of joining ATLAS, Sam took the reins of the company’s entire cloud software platform and created a unified design concept for ATLAS’ varied cloud applications. The final product enables allows for a single architecture to control data downlink and transfer and improves ease of customer integration, which reduces operational costs and makes data downlink faster for customers, uplink faster from ATLAS sites and makes data storage more affordable for ATLAS all at once. Sam also quickly identified the need for and designed the Freedom Task Validator (FTV), which collects information about everything in the ATLAS system and serves as a test bed for new code. Once the FTV had provided enough new information, he went on to help build out the company’s Flex Scheduler. The Flex Scheduler greatly improved scheduling for ATLAS ground sites, thereby ensuring much wider windows of availability. Sam further contributed to the company by organizing the ATLAS codebase into a hexagonal architecture to help achieve industry best practices and make the company’s platform easier to maintain.

Outside of work hours, Sam spent every week of his time in Washington D.C. with the group Girls in Engineering, Math and Science (GEMS), promoting diversity in the industry and STEM engagement among female students in the area.