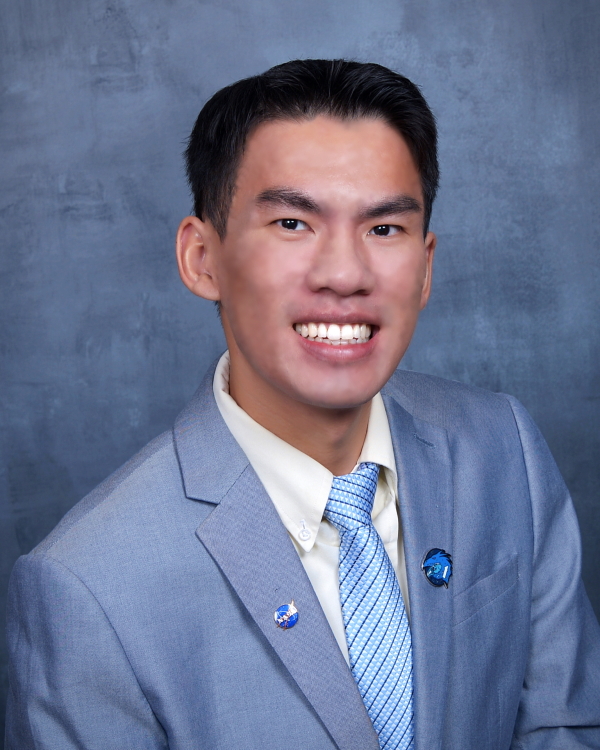 Nathan Tat began his career in the space and satellite industry with a series of internships at Johnson Space Center (JSC), where he performed financial and project management duties for the Information Resources Directorate in the Office of the Chief Information Officer. He assisted with internal planning, scheduling, budgeting and execution. Nathan also completed an internship at Barrios Technology, where he worked on mission and program integration in the International Space Station Program Office. In addition to these experiences, he went to work at Invesco and planned strategic projects for the Technology Division. Nathan and his teammates focused on crafting a competitive analysis and research framework for Invesco and on building initiatives to accelerate organizational growth and talent for the firm. He also spent time as an interpreter and translator at the Texas Medical Center, helping facilitate communications between medical staff, physicians and patients. Within the medical industry, Nathan consulted for an emerging biomedical technology startup and a Fortune 30 healthcare giant. He received his Bachelor’s and Master’s degrees in Economics, Business and Space Studies from Rice University.

After his successful internships at Johnson Space Center, Nathan took on his current role as a Financial Analyst for one of JSC’s largest contracts through KBR. His current responsibilities include program planning and control, financial analysis and project management. Nathan also prepares and creates reports to distill fiscal data for the contract and aids in operating several financial reporting and software systems that are critical for organizational processes. While working at KBR, Nathan and his colleagues were selected for a company award recognizing their achievements for the rapid creation and resolution of annual budgets within an exceptionally tight deadline. The budgetary process normally occurred over two months at KBR, but Nathan and his team completed it in only one week while navigating the expected pitfalls of using new software for the process. This effort allowed the $1.4 billion contract to remain on schedule for the upcoming fiscal year. Before his work at KBR, Nathan piloted the Office Business Integrator (OBI), a new role at JSC that sought to integrate technical and business understanding. He generated guidelines and explanations for how the role would operate and convinced the directorate to implement full-time OBI positions at JSC.

Outside of working hours, Nathan dedicates his time to educational and medical causes. He has been designated as an ENRICH Fellow and has also joined the Global Burden of Diseases, Injuries and Risk Factors Study (GBD), spearheaded by the Institute for Health Metrics and Evaluation at the University of Washington. In his work with GBD, Nathan collaborates with researchers to analyze issues and find solutions in public health, poverty and health economics. Nathan also serves as a College Leadership Workshop (CLW) Leader, where he educates attendees on how to thrive academically in preparation for college and the workforce afterwards. He has been involved with CLW for four years and aims to continue his involvement in the future. Nathan has been a delegate at the International Leadership Conference for HOSA and at the North, Central America and Caribbean Space Generation Workshop for the Space Generation Advisory Council (SGAC). He is also a member of the National Professional Science Master’s Association and the Society of Asian Scientists and Engineers. Nathan is honored and grateful to be named in SSPI’s 20 Under 35 class and looks forward to further collaboration with leaders in the space industry.