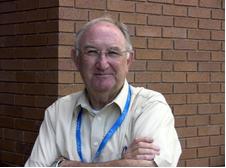 Prof. Robert Twiggs is best known in the space and satellite industry and academia as the “Father of the CubeSat” for his co-development of the CubeSat reference design and P-Pod Deployer for miniaturized satellites at Stanford University, alongside Professor Jordi Puig-Suari of California Polytechnic University at San Luis Obispo. His design has become the de-facto industry standard for Pico satellites since its development in 1998, with over 1,600 successful launches to this day. Prof. Twiggs has also developed and co-developed other original concepts, including the CricketSat, CanSat, ThinSat and the PocketQube for educational applications in space.

Prof. Twiggs’ career began in the Air Force as an electronic technician. After discharge from the Air Force, he completed his Bachler of Science in Electrical engineering at University of Idaho in 1961 and a Master of Science in Electrical Engineering at Stanford University in 1964. He spent 20 years in the commercial industry developing high-power microwave tubes and various software. Prof. Twiggs served as director of the Weber State University, Utah Center for Aerospace Technology from 1985 to 1994, during which time he began building his first academic satellites. After departing from Weber State University, he joined Stanford University’s Department of Aeronautics and Astronautics in 1994 as a consulting professor and there established the Space Systems Development Laboratory.

While at Stanford University, Prof. Twiggs began searching for the solution to a problem of academic timing for students. He was troubled by how long satellites students took to design and assemble their first satellite at Stanford – OPEL – that had taken 6 years to produce, 5 years longer than the average master’s program. Prof. Twiggs found his inspiration at a plastic store, of all places, when he realized that the perfect size for a satellite that students could make was a 4-inch cube, a beanie baby box. He proposed the idea of a CubeSat with Professor Puig-Suari at a conference in Hawaii in 1999. Initially, the idea of such a small satellite was met with criticism from the Amateur Satellite community as well as US space industry. Prof. Twiggs saw the first successful deployment of a CubeSat using the converted ICBM launcher of the SS-18 Dnepr in 2003, proving the concept’s merit. Even with this success, he did not patent the concept and standards and published them as widely as possible to help grow and inspire space education, the aerospace industry and the world as a whole. Thanks to Prof. Twiggs’ designs and sharing them, many current space programs are using with CubeSat for experiments and technologies to evolve the use of space component miniaturization.

In 2009, Prof. Twiggs joined Morehead State University, Morehead, KY as a professor of astronautical engineering in the Space Center. He served in that position until his retirement in 2019. While working at Morehead, Prof. Twiggs founded his own educational technology company, Twiggs Space Labs, which uses his CricketSat, CanSat, PocketQube and ThinSat platforms for STEM education. Twiggs Space Labs provides high schools throughout the United States and around the world with documentation, hardware, software and course outlines to provide students with hands-on experience in designing, building, launching and communicating with a small satellite. Throughout his career, Prof. Twiggs has promoted STEM education, aiming to ignite a passion for space in students around the world. He has published numerous papers and made over 35 presentations at technical conferences and was selected in 2010 by Space News as one of 10 space professionals “That Made a Difference in Space.”