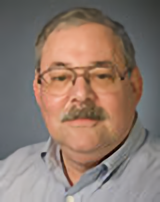 Dick Tauber, a former member of the SSPI Board of Directors, is the current President of the Board of Directors of the Southeast Chapter of SSPI, which he helped found in 2005. He has worked at CNN since 1981, when he joined the company as a satellite trainee. As the satellite technology leader for a global newsgathering and distribution business, he has implemented technologies and solutions that allow this organization to gather its content from any place on the planet, any time a news story unfolds. He has also been the Chair of WBU-ISOG since 1985. More recently, Dick has also served as Co-Chair of The Radio Frequency Interference - End Users Initiative (RFI - EUI), an organization that seeks to mitigate the risks of satellite interference and develop quality assurance practices that programmers and distributors require for the collection and distribution of their content. Tauber has received three Emmy Awards for his work at CNN - 1986 for his part in Turner Broadcasting System, Inc.’s Goodwill Games, in 2002 honoring CNN’s coverage of the events of Sept. 11, 2001 and a Technical Emmy in 2007 for CNN’s mobile, IP newsgathering system.