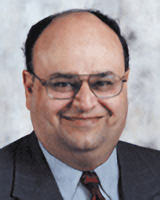 Pradman Kaul has demonstrated excellence in technology development, production management and executive leadership throughout a more than 35-year career in the industry. Following his first technical position at COMSAT Laboratories, in 1973 Mr. Kaul joined the technical staff of the company DCC that was later to become Hughes Network Systems. During the Seventies, he worked with colleagues to develop and deploy many seminal communication technologies, including a 1975 patent on the time-division-multiple-access (TDMA) satellite communication system and development of the first microprocessor-based packet switch for America's largest public data network.

Rising through technical and production management positions with the company, Mr. Kaul was one of the key developers of the VSAT terminal and prime mover in the development of the digital set-top box products used for direct-to-home satellite television and broadband Internet access. Since entering this business in 1994, Hughes became the industry leader in shipments of set-top boxes to the market-leader DirecTV. Mr. Kaul also played a significant role in the development of the Internet Protocol over Satellite standard, which is used in over one million broadcast satellite terminals worldwide, and in the creation of advanced satellite communications systems including Thuraya, its dual-mode GSM/satellite handset, and the next-generation Ka-band SPACEWAY satellite.

Mr. Kaul holds, individually or jointly, eight patents on breakthroughs in areas such as pulse-code modulation, high-speed logic interconnect, and satellite TDMA that have contributed significantly to the development of affordable VSATs. In 2000, he was named chief executive officer of Hughes Network Systems, which now provides satellite-based consumer broadband Internet access and managed network services for business and government in over 100 countries. He also serves as the president and chief executive officer of Hughes Communications, the parent company of HNS. In 2004, Mr. Kaul was inducted into the National Academy of Engineering and, in 2009, was named Via Satellite's Satellite Executive of the Year.