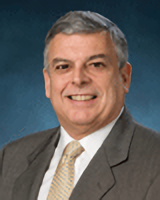 Mr. Jackson has over 31 years’ experience in the satellite and telecommunications field. Following his training with British Telecom, Mr. Jackson joined Cable & Wireless in 1970. During his twenty successful years there, he gained experience in the design and construction of communications systems in the Caribbean, Middle East and Asia. He served as regional marketing manager for the Caribbean and Atlantic region and in executive positions overseeing business units in that region as well as Asia. It was in 1993 that he was assigned by Cable & Wireless to serve as CEO of a company based in Hong Kong in which Cable & Wireless was a major shareholder. With the launch of AsiaSat 1 in April 1990, the Asia Satellite Telecommunications Company had become Asia's first private regional satellite operator focusing on satellite television.

Under Mr. Jackson’s leadership, AsiaSat has grown to a fleet of three powerful pan-Asian satellites, with a fourth scheduled for launch in the second half of 2009. AsiaSat has become the world's most-watched broadcast platform serving over 53 countries and regions containing some 70% of the world's population. To diversify the business, Mr. Jackson formed satellite-related ventures including SpeedCast, which delivers services ranging from broadband Internet to managed network services, and Skywave TV, a DTH platform serving Hong Kong, Macau, Taiwan and Southern China. In 1996, he took AsiaSat public on both the Hong Kong and New York markets and saw it profitably through the credit crisis of 1997 and the financial upheaval that accompanied the SARS outbreak in 2003.