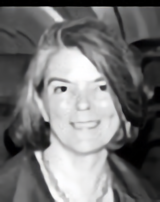 Ms. Hoff has made an indelible mark on the satellite industry over the last 40 years.  In work with Comsat and Intelsat, she convinced the leadership of the companies to introduce digital services in 1983 to provide a competitive response to the newly emerging fiber transmission industry.  She later lead the charge to convince US carriers and Intelsat that reducing antenna size would enhance the competitive position of the satellite sector, starting a trend that has led to today’s 1-9 meter professional antennas and consumer DTH antennas.

In 1999, she succeeded Hall of Fame member Wilbur L. Pritchard as president of W.L. Pritchard & Co., the consulting company he founded after serving as the first Director of Comsat Labs.  She has served as a Board member, President and Chairman of SSPI and is a long-standing member of SSPI’s Mid-Atlantic Chapter.