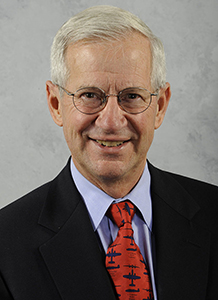 From F-106 jet fighters and the Space Shuttle to the executive suite, Terry Hart has piloted one of the most remarkable careers in space and satellite.  A native of Pittsburgh, Pennsylvania, he won undergraduate and graduate degrees in mechanical and electrical engineering while on active duty with the Air Force Reserve and working on the technical staff of Bell Telephone Laboratories.  At Bell Labs, he designed electronic power equipment, led development of the first certified, multi-level secure version of UNIX, and was responsible for the engineering and operations of AT&T's Telstar satellite fleet.

Terry was selected as an astronaut candidate by NASA in 1978.  After serving as CAPCOM in Mission Control for multiple Shuttle flights, he flew as a mission specialist on STS 41-C.  During the mission, the crew successfully deployed the Long Duration Exposure Facility and retrieved the Solar Maximum scientific satellite.  They achieved the first repair of a satellite aboard the Shuttle and replaced it in orbit using the Shuttle's remote manipulator arm.

Returning to the private sector, he became supervisor of the information systems engineering department at Bell Labs and was then named president of Loral Skynet, operator of the Telestar fleet.  From 1997 to 2002, the company achieved revenue growth of 50% per year despite the bankruptcy of its parent company, Loral Space and Communications.  He retired from Loral Skynet in 2014 as the company its North American satellites to Intelsat and transferred its international spacecraft to Telesat, another Loral subsidiary.

His devotion to the engineering of space and satellite technology continued after his retirement.  He became Professor of Practice in Mechanical Engineering in the P.C. Rossin College of Engineering & Applied Science at Lehigh University.  In addition to his teaching schedule, he directs research in spacecraft attitude determination and trajectory optimization, and the NASA Hopper Spacecraft Simulator project.