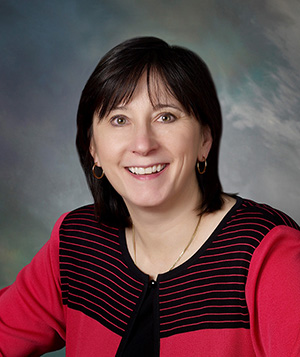 September 2017 marks Mary Cotton’s 10th anniversary as CEO of iDirect. Mary has led the company through a decade of tremendous growth, guiding the development of new satellite technologies and steering iDirect toward a leading position in key vertical markets around the world.

The company has a remarkable 57% share of the VSAT hub market and has grown to become the leading enterprise TDMA supplier. Eight of the top ten maritime service providers and the top three names in in-flight broadband have made iDirect their platform of choice. During Mary’s tenure, iDirect Government, a wholly owned subsidiary of iDirect, grew its presence to become the leading player in the defense and intelligence communities. Early on, she told Satellite TODAY that “satellite communications is an unsung part of many networking solutions and the industry tends to think of itself as being marginalized. I look at satellite connectivity as … something that drives business for our partners and customers.” That focus on customer value, innovation, and her ability to “see around corners” has translated into substantial success.  The company was first to combine TDMA and SCPC technology on one platform, dramatically reducing costs and increasing flexibility.  iDirect Evolution®, a broadband network platform introduced in 2008, was powering over 1,600 networks with more than 350,000 remote terminals by 2016.

Perhaps the greatest testimony to the company’s innovative spirit came with the advent of HTS technology. Under Ms. Cotton’s leadership, iDirect won a major contract to develop Inmarsat’s Global Xpress ground network infrastructure. Through this partnership and others with leading satellite operators, Mary further secured iDirect’s name as an integral player in satellite. iDirect Velocity® and iDirect Pulse®, focused on unleashing new HTS capacity, were game-changing technologies. Today that innovative drive grows even stronger with transformational iDirect DVB-S2X technology designed to set a new standard for ground infrastructure performance, removing every barrier to growth for partners and customers.

Beyond revenue and market share, however, is the human impact of iDirect’s success.  The company’s technology supports communication with ships that carry the world’s trade, and with energy exploration and production that power its economy.  Its cellular backhaul technologies connect the unconnected, while portable VSAT terminals coordinate disaster relief and emergency response.  Millions of schoolchildren around the world connect to the Internet and access distance education through iDirect VSAT networks.  By driving the growth of her business in service to customers, Ms. Cotton has contributed directly to the world’s prosperity, understanding and security.