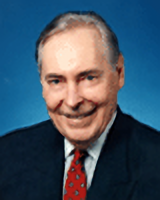 In a space industry career that began in 1957, Bob Berry led some of the world's most innovative communications and meteorological satellite projects for defense, civil and commercial applications and has perhaps managed more satellite programs than anyone in the industry. After working in communications as a US Navy officer, he joined General Electric to concentrate on space projects just before the launch of Sputnik. He served in a series of positions with GE, Philco-Ford, IRT Corporation (a company he founded) and the US Defense Department before joining Ford Aerospace, the predecessor company to Space Systems/Loral (SS/L), in 1977.

Under his direction, SS/L pioneered spaceborne high-power energy management technology, three-axis stabilization and multiple-beam and shaped-beam antenna applications, leading to the introduction of direct broadcast and multipurpose satellites as well as the 125 kW system used in the International Space Station. Mr. Berry also initiated teams to work on applications for direct broadcast, mobile telephone, precise positioning and earth resource measurement, and he advocated unconventional as well as geostationary orbits. Having worked on multiple-launch systems in the 1960s, he was a strong supporter of the multiple launch strategy for establishment of the Globalstar system. He pushed the company’s development of advanced electric propulsion technologies and the utilization of GPS for satellite tracking and ranging.

Mr. Berry was instrumental in providing three generations of satellite platforms to Intelsat to help the intergovernmental consortium provide fixed satellite services to more than 149 countries, territories and dependencies. He initiated and managed Ford Aerospace’s participation in the Milstar industry team and advocated multi-mission satellite systems, with SS/L providing military communication payloads for commercial satellites for France, Japan, Spain, and Australia. As Chairman of SS/L, he consults with both government and commercial interests to explore new applications arising from combining satellite, wireless and fiber transmission.