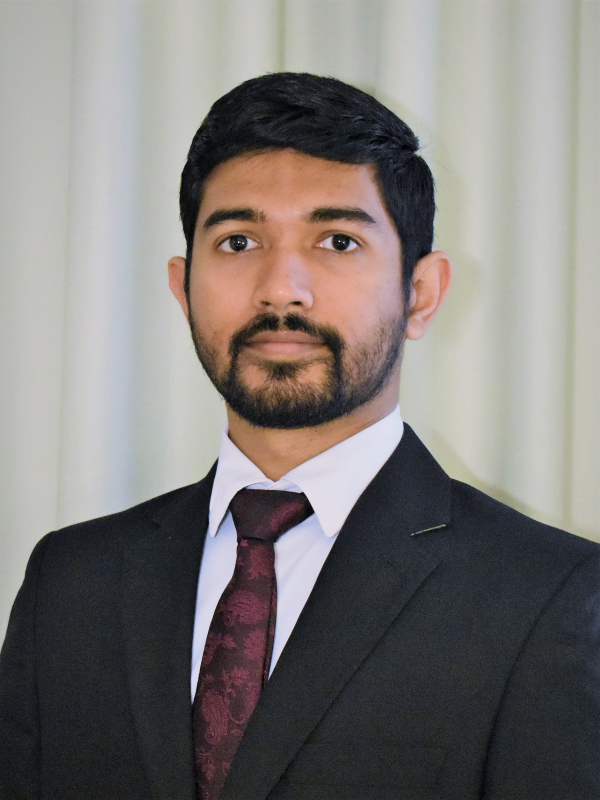 Dr. Vivek Muralidharan is a Post-Doctoral Researcher in the Space Robotics Research Group (SpaceR) at the Interdisciplinary Centre for Security, Reliability & Trust at the University of Luxembourg. He currently works on developing autonomous control strategies for satellite rendezvous leveraging vision-based pose observations for the EUROSTARS-FNR project. The project is a joint program of EUREKA and the European Commission, co-funded by the Luxembourg National Research Fund. Vivek’s control package will eventually be used on board a CubeSat by the project’s collaborator, Blackswan Space in Lithuania. He has a keen interest and understanding of cislunar mission, for which he undertook a personal project on the hardware-in-the-loop application for rendezvous in the cislunar space. The experiments were conducted at the Zero-G laboratory at the University of Luxembourg.

Vivek received his Bachelor’s degree in Mechanical Engineering from the National Institute of Technology Karnataka (NITK), India, in 2015; and his Master of Science and Ph.D. degrees in Aeronautics and Astronautics from Purdue University, USA, in 2017 and 2021, respectively. While at Purdue, he worked at the Multi-Body Dynamics Research group. Vivek’s major field of research is Astrodynamics and Space Applications, and his research focuses on orbital dynamics, the circular-restricted three-body problem, stationkeeping strategies, orbit determination and guidance, navigation and control (GNC). Findings from his Ph.D. dissertation will serve the development of orbit maintenance operations for the proposed NASA Lunar Gateway.

Vivek has previously worked for Mitsubishi Electric Research Laboratories (MERL) in Massachusetts, where he formulated control strategies for Earth-Moon Halo orbits and Mars-Phobos Quasi-satellite orbits over a mere three-month period. His impressive efforts yielded two conference publications and a U.S. patent application for the developed control strategy. Portions of the algorithm developed by Vivek will be used by Mitsubishi for an undisclosed JAXA mission in the future. He also interned at the Indian Institute of Space Science and Technology (IIST) for three summers, where he worked on various projects including Differential Evolution Technique for Halo orbit design and stationkeeping. During his undergraduate studies, Vivek served as team captain for the Formula Student Race Team NITK-Racing; a team of then 36 undergraduate students to engineer, design and build a race car for the Formula Student Race Competitions conducted globally every year. Vivek was particularly instrumental in designing the aerodynamic wings and aerobraking system for the race car. He led his team, the only one from India, at the Formula Student China in 2014.

While studying at Purdue University, Vivek was actively involved in various activities with the Minority Engineering Program (MEP) that focuses towards increasing the representation of the Underrepresented Minority (URM) communities in engineering. He executed various engineering design projects and taught incoming undergraduate freshmen as part of MEP’s annual Academic Boot Camp. Vivek also served as MEP ambassador at several targeted conferences, including the National Society of Black Engineers (NSBE) and the Society of Hispanic Professional Engineers (SHPE).