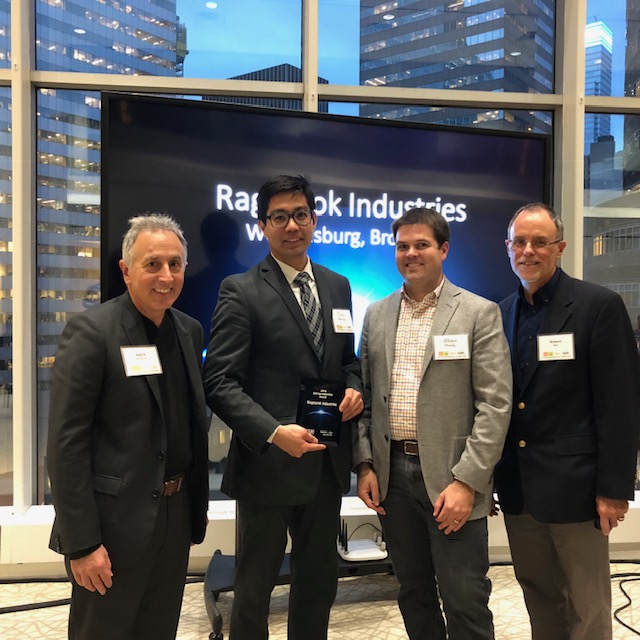 Ragnarok Industries is one of the best new businesses in Williamsburg, Brooklyn – which is saying something, as the neighborhood is a hotbed for tech startups. Ragnarok has built a nanosat company, now operational and with a client base, that will deliver polar broadband service via its Hiemdallr satellite. Led by Luigi Ballarini, the young company is already embracing the SSPI spirit. His project is being watched closely by NYSA and the engineering community for its special design electrical propulsion (non-volatile and non-energetic) as it plans propulsion toward lunar orbit. Ragnarok is also working with Thomas Jefferson High School for Science & Technology in Alexandria, VA on a complex full duplex UHF/VHF uplink transceiver to assist the students in learning about the components of a working satellite and multiple communication methods. http://www.ragnarokindustries.com/

Return to the Astropreneurship Awards