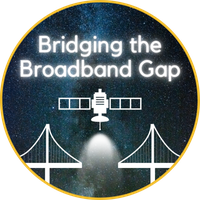 The campaign begins today with a podcast interview with Hughes VP of North American Sales Randy Anders and Hughes VP of the International Division Vaibhav Magow. SSPI will feature videos on how satellite provides the benefits of connectivity to places never thought possible in SSPI’s Better Satellite World campaign on the same day. New content will be published weekly at www.sspi.org/cpages/bridging-the-broadband-gap.

About Bridging the Broadband Gap
Now more than ever, humans need connection to thrive. Satellite has the potential to massively shrink the digital divide in a generation. Will we succeed?

Satellite has been used to deliver the internet since the 1990s. Today, technology change, new orbits and new delivery models offer the potential for revolutionary progress in connecting the unconnected. The race is on to deliver more bandwidth to levels never seen before – levels that can meet the needs of millions living beyond the network’s edge while providing an adequate return on the significant investment required.

“After many years when satellite broadband was hobbled by high cost and bandwidth constraints, our industry is delivering revolutionary improvements in cost, bandwidth, quality of service and business models,” said executive director Robert Bell. “In Bridging the Broadband Gap, we will look at case studies, impacts on lives and economies and how broadband via satellite may even bring new levels of flexibility and security to the world’s network of networks.”

You can learn more about the Bridging the Broadband Gap campaign on SSPI’s website.