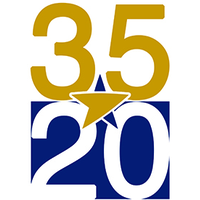 (September 25, 2019 – New York City) – The Space & Satellite Professionals International (SSPI) today announced the second annual “20 Under 35” list of outstanding young space and satellite professionals under the age of 35. The honorees will be celebrated at SSPI’s Future Leaders Dinner on October 8 during Satellite Innovation 2019 in Mountain View, California.

SSPI’s annual list of "20 Under 35" features 20 employees and entrepreneurs to keep your eye on in coming years. They were selected from nominations submitted by the membership. At the Future Leaders Dinner, the three top-ranked members of the 20 Under 35 will be named as this year’s Promise Award winners.

“There is justifiable concern in our industry about our ability to attract and retain talented and ambitious young people, at a time when we compete for employees with the best-known names in technology,” said executive director Robert Bell. “The 20 Under 35 list is a chance to recognize the power of our mission to inspire the next generation to join us. That mission is about doing business, of course, but also about making the world more prosperous, better informed, safer and stronger. These 20 people are on their way to remarkable achievement that we hope to honor some day with membership in the Space & Satellite Hall of Fame.”

Full profiles of the 20 Under 35 can be found on SSPI’s Website.