This is the SSPI Mentorship Roundtable Series sponsored by Airbus. This second episodes features Tim Deaver, Head of US Space Systems at Airbus Defence and Space, and former SSPI Mentors of the Year Andrea Maleter, Former Technical Director of the Space and Communications Division at Futron Corporation and 2010 Mentor of the Year, and Clay Mowry, Vice President of Sales, Marketing & Customer Experience at Blue Origin and 2013 Mentor of the Year. 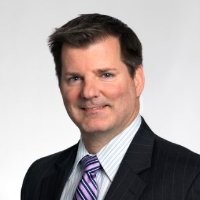 Tim Deaver has over 30 years of space system experience ranging from satellite design, operations, acquisition to policy and intelligence. As Head of US Space Systems at Airbus Defense and Space, he is responsible for managing all US Government space-related marketing, program capture, program management and customer liaison activities for the company. Prior to joining Airbus, Tim worked for SES and SES Government Solutions for over 10 years where he led the business and product development activities. Before joining SES, he served 22 years in the U.S. Air Force in various space operational, acquisition and policy positions. Tim is a board member of SSPI's Mid-Atlantic Chapter and previously served as President and Vice President. Click here to learn more about Tim. 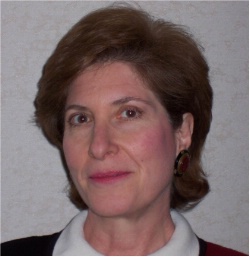 Before retiring, Andrea Maleter served many years as Technical Director of the Space and Communications Division at Futron Corporation. In an industry career that began at Comsat, where she served on the Intelsat Board, and took her to Intelsat and Futron Corporation, Andrea has worked tirelessly to support and promote the careers of her colleagues.  The list of those proud to claim her as a mentor is long.  It includes Hamadan Toure, Director General of the ITU; Maury Mechanick of White and Case (the last Chairman of Intelsat’s Board of Governors); Eric Beranger of EADS and Patricio Northland of SatMex.  Promise Award winner Eileen McGowan cites Andrea as a mentor, as does Jeffrey Foust, Futron employee and increasingly recognized space journalist. She devotes many hours as a volunteer to support satellite industry organizations, including service as a Board member and President of SSPI’s Mid-Atlantic Chapter, and as President of the Washington Space Business Roundtable. Andrea was SSPI's 2010 Mentor of the Year. Click here to learn more about Andrea. 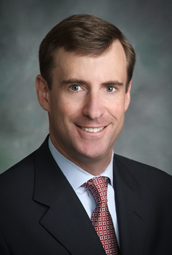 Clay Mowry joined Blue Origin in September 2016 to lead global sales, marketing and customer experience activities for the innovative private company developing launch vehicles and technologies to enable commercial satellite and human space transportation. In a career bridging government, the nonprofit sector and the launch business, he has developed a reputation as a trusted and capable leader as well as an approachable and supportive mentor for the next generation. In previous positions, including President of Arianespace, Inc., Clay has made it a personal priority to hire and mentor interns from a wide variety of backgrounds. He also goes out of his way to mentor young professionals in the industry outside of his company through one-on-one informal mentorship and through active participation and leadership in such organizations as SSPI, SIA, the Space Generation Advisory Council, the Washington Space Business Roundtable and the Future Space Leaders Foundation, which he founded. Clay was SSPI's 2013 Mentor of the Year. Click here to learn more about Clay.

This Mentorship Roundtable podcast series is sponsored by